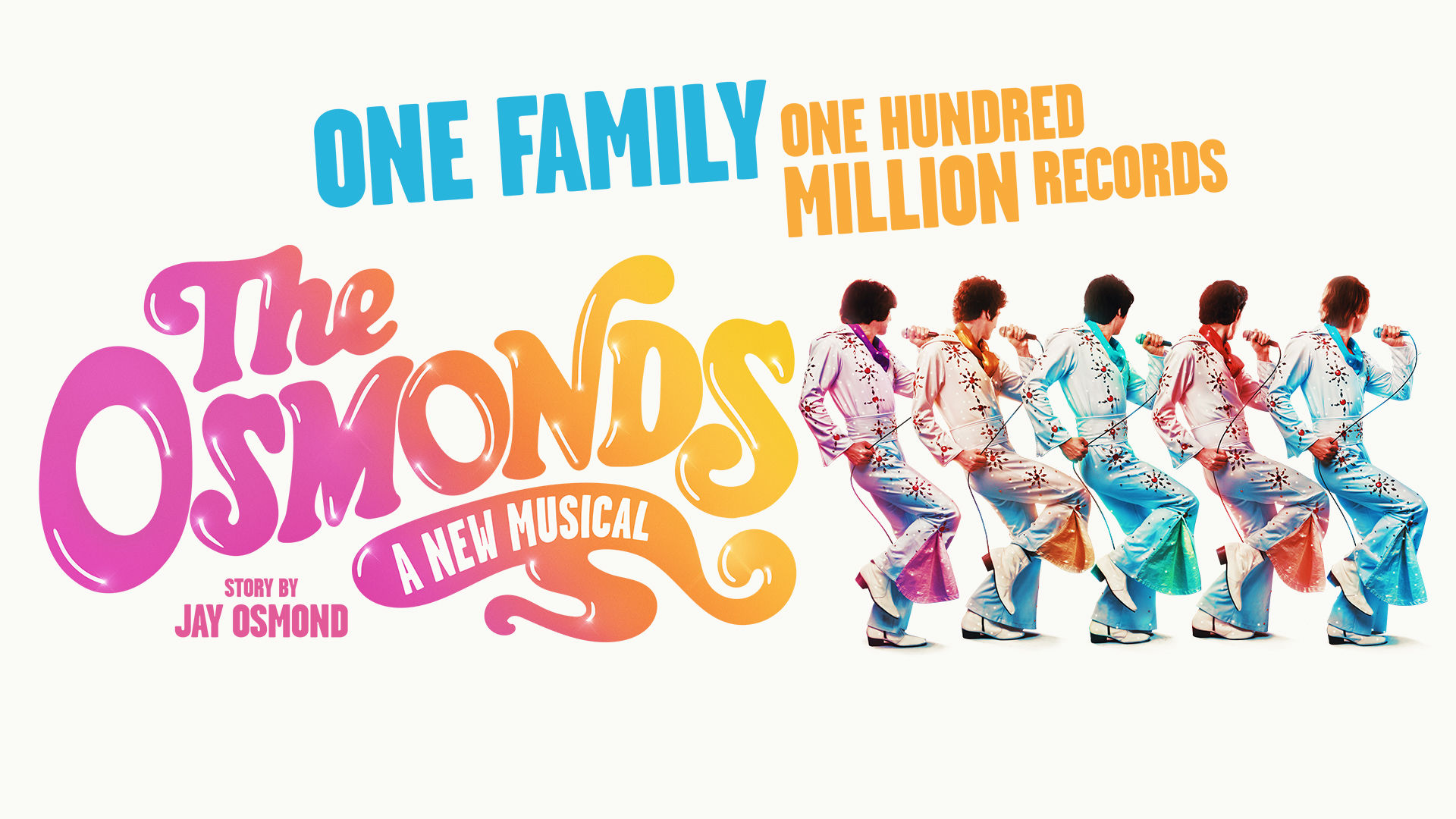 The Osmonds - A New Musical

“The Osmonds” were an American singing group made up, originally, of four brothers. They sang close harmony barber shop style music in the 1960’s. Their whole childhoods were spent guest starring on a weekly TV variety show filmed in Hollywood. They sang, did comedy, danced and played many instruments and were brilliant at everything they did. They worked with all the big stars of their day. Their multiple skills were acquired through relentless hard work training and rehearsing from 4:30 in the morning till late at night. The boys were never allowed to complain. They had a very strict Father who demanded absolute discipline. This hard work made everything they did on TV look effortless. As children they were famous around the World.


The Osmond Brothers were as American as apple pie and were the quintessential “boys next door.” They were never seen without huge smiles. Those smiles and their clean cut look were their trademark. After a few years on the show, the four Osmonds; Alan, Wayne, Merrill and Jay were joined by their younger brother, Donny, who immediately became the new star of the act. Their image was “The perfect, smiling family”, but their lives were often very difficult.


All the boys must be very strong singers and will need to sing in harmony. They must be confident actors and strong dancers. Some tap would be an advantage. We are looking for five very different boys who will play as a family. They must work as a unit and blend, as well as on their own. NB: The vocal ranges are approximate, and should not be considered as exclusive, particularly Donny, whose solo number can be transposed.


The parts are set out below – all boys must have unbroken voices. The ages are playing ages and we would prefer as many as possible to be over 9 for licencing reasons.

This show is currently touring around the UK.

Please make suggestions in case we re-cast some parts for the second leg of the tour, which starts in June / July.

When submitting I need the following information:
Name of child
Suggested part
Age
Height in feet and inches
Hometown – London based preferred but we will consider boys from anywhere in England and Wales
Small photo